In line with the launch of Maddyness UK’s sextech podcast, we delve into the challenges faced by those seeking funding for sex-positive startups.

Sitting in that precarious (but arguably enviable) space between absolute no-go zone and next big thing for investors, sextech is a burgeoning market now worth $30B-$40B. Once assigned to the lifestyle business category or else totally shunned because of restrictions around funding ‘vice’, sextech and sexual wellness startups are nearing their heyday.

For some, the central focus is sexual health. “Sexuality is part of wellness,” angel investor Laura Behrens Wu told Forbes back in 2019. “My investment in sextech shouldn’t be viewed any differently than investments in other types of healthcare”. For others, like Lina Wenner from firstminute Capital, it’s about supporting and subsequently cashing in on “the democratisation and growing social acceptance of — particularly female — sexual pleasure”.

However, barriers remain for the (predominantly female) founders in the space. Whether it’s tracking down a singular, committed first investor, or relying on financial contributions from your community via crowdfunding, there’s a certain way to go about seeking early-stage funding for sextech.

Farah Kabir is the cofounder of HANX, a sex-positive and sustainable brand marketing sexual wellness products from condoms and lube to relief for thrush, BV and cystitis. Inspired by a disheartening trip down a pharmacy’s penis-centric condom aisle, its first product was a condom designed to appeal to women as well as men.

In the early days, Farah and her cofounder Sarah’s conversations with investors went, she says, as follows:

“‘Why change something that’s already in the market? There’s one brand that dominates that market. It’s a real challenge – you’ve set yourselves up for failure.’”

However, Farah and Sarah had conducted an extensive survey into women’s views on the sexual wellness market. They knew there was appetite for their product – and had the data and grit to back it up. “We were so confident in the product, we knew there was a market, but it just took a lot longer to cut through.”

“The sexual health or sextech space had only started to get popular a year or two ago – I think it was way more popular in the US,” Farah continues. “So when it came to speaking to investors, a number were male, white, older and didn’t quite understand why a woman would buy condoms, or didn’t understand how we were going to make money from HANX, because there was one big player.”

“It was really challenging, and we had a hell of a lot of nos, but Sarah and I don’t take no for an answer. We hustle hard, and really enjoy it. When someone says ‘you can’t do this’ it gives me so much fire in my belly to prove them wrong.”

The HANX cofounders saw around 100 investors prior to their first round, and have met approximately 500 – spanning Angels to venture capital funds – to date. “Just in the nick of time at each round, we had some really pivotal investors come in, who would believe the vision”, says Farah. “It was a real balance between needing cash and wanting to find the right investor.”

Getting the community involved

All founders aim for the luxury of backers who both have money to spare and expertise in the relevant field. But in sextech, which remains taboo, investors who genuinely believe in the product and can offer expertise and warm introductions along the way are particularly crucial.

Emma Sayle, founder of Killing Kittens, shares Farah’s critical approach to examining institutional investors. She has, as a result, opted until now for the crowdfunding route.

“We don’t have VCs amongst our investors at the moment because we did crowd – we did Seedrs the first two rounds because we have so many members,” Emma says. “We wanted our members to be part of it and feel like they’re part of Kittens, rather than big swinging dick VCs.”

“I’m not going to beg anyone to give me money – and that’s why we chose to do our raises with our community.”

Founded back in 2005, years before #MeToo and female-centric dating apps like Bumble moved the needle forward, Killing Kittens initially organised parties designed to maximise women’s pleasure and body confidence. Fast-forward to now, and the business has expanded to host a 100,000-strong online community – and over the course of lockdown, a number of online sex parties.

Tabloid drama and hope on the horizon

Two crowdfunds, in 2018 and 2019, allowed Killing Kittens to bulk out its digital side. However, when COVID-19 hit, Emma knew the company would need a cash injection to keep things ticking over throughout a very sex-starved 2020.

“It was frustrating to have to do that raise, for something that was just completely out of our control, having really gone for it over the last couple of years to raise money”, Emma comments.

Emma and her COO successfully completed the first Killing Kittens private raise, taking advantage of the UK government’s COVID response Future Fund – which matched any input from private investors through a convertible loan.

What followed was, according to Emma, “a crazy few weeks”. The tabloid response to government-funded sextech was a testament to how far is left to go.

Even with no tabloid scandal in sight, HANX has also remained popular throughout COVID-19. The brand has just announced it’s being stocked by Sainsbury’s, one of the UK’s Big Four supermarket chains. This popularity at both a B2C and B2B level is the kind of proof investors seem to need.

Remarking on how times have changed since HANX’s inception, Farah says investors have ‘now seen the shift.’

‘[They know] that people are looking for sexual pleasure and wellbeing, and they’re seeing a lot of success in the US.’

‘They can see the appetite and the growth for it here.’

For more candid insights on the world of sexual wellness and sextech, listen to the new podcast from startup and innovation platform Maddyness UK.

Host Graham Hussey speaks to the investment banker and gynaecology doctor behind HANX; the cofounder of the UK’s most-funded sextech startup, MysteryVibe; the entrepreneur democratising digital sex therapy, based on his own personal hardship, at Blueheart; and the hostess with the mostess behind Killing Kittens, which has taken to hosting online sex parties over lockdown.

VOICE by Maddyness is available on Spotify and Apple podcasts now. 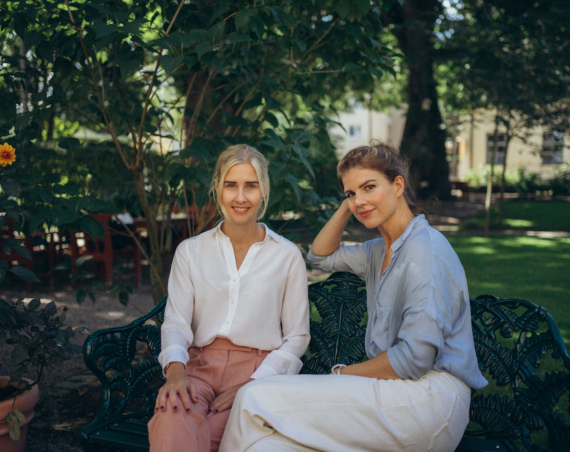 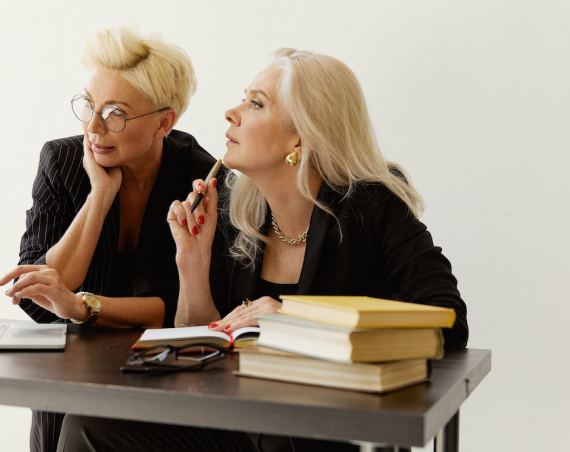