In today’s Starter Story we get to share Lorals’ founding story as told by Founder Melanie Cristol. Lorals is on a mission to empower more people to experience intimacy freely and fully.

I originally envisioned Lorals as a dental dam replacement, after needing one during a romantic vacation—and feeling so stigmatized that it was the go-to product for us. It’s hard to find dental dams in stores in the US, much less on the coast of Mexico. But even if buying one had been a possibility, using it would have been such a disappointment. I wanted to feel sexy, and a flappy sheet of rubber just didn’t fit the bill.

The dental dam is currently the only option on the market for STI prevention during oral sex, although sometimes a DIY cut-up condom is recommended for this purpose, or even saran wrap. The dental dam also seems to have elicited a tepid-at-best reaction from people who have used them, and has been a laughingstock among people who haven’t.

This was a definite ‘aha!’ moment—and even after the trip, when I went back to my lawyer job, I kept thinking about a potential alternative to dental dams that would also empower people to have more oral sex. I started talking with friends about their oral sex experience, and so many of them said they were turning down oral sex when they wanted to be saying yes. Some said no because they were worried about STIs, some said no because they felt self-conscious, some had been through sexual trauma and oral sex felt too intimate, and some turned it down because oral sex physically hurt.

I started realizing how true this was in my own daily life—I was indeed familiar with turning down pleasure because of some of those physical and mental hurdles.

This was my second ‘aha!’ moment: empowering people to have more oral sex went beyond STI-prevention alone. I started speaking to doctors, and I learned that many people experience sensitivity or discomfort from direct genital contact, particularly at the onset of oral sex, and they might benefit from a barrier. Therapists I spoke to also suggested that those who have experienced trauma could also benefit from a barrier of this nature, as it could help provide a less-intimidating reintroduction to exploring pleasure and intimacy.

I realized that a better oral sex barrier—one that people would actually want to use—needed to exist. If it were sexy and comfortable, if it stayed in place, if it heightened the experience rather than detracted from it, so many people could say yes to oral more often.

So I set out and invented that product—and after several years of development working with an all-female team of incredibly talented engineers, Lorals were born. Lorals are designed to look and feel like sexy lingerie, for a seamless, hands-free experience during oral sex, for both the giver and receiver. They’re made of natural latex: ultra-thin and stretchy to allow sensations to pass through, and non-porous to block fluids. They were designed with the user experience in mind every step of the way. Lorals aren’t quite a dental dam alternative yet—we’re about to apply to the FDA—and we expect that Lorals will be able to be used for STI protection this year in 2021. We’ll also soon be introducing a new transparent version of Lorals, and we’re working on adding additional size options, which I’m incredibly excited about.

I worked as a lawyer before founding Lorals. and my office building posted a weekly inspirational quote at the entryway. One week, during a time I was thinking about what I wanted out of my future, the quote was by Roy Disney: “It’s easy to make decisions when you know what your values are.”

This seemingly innocuous, literal sign appeared after I had been practicing law for several years at the time, and I had been thinking about what I really wanted to be doing in 5, 10, 20 years. The eventual prospect of partnership seemed enticing but something didn’t feel quite right whenever I considered it—and I asked myself if I was continuing to be a lawyer because I wanted to, or because I thought I should. Eventually, after much soul searching, I realized that I wanted a job focusing on destigmatizing taboos and facilitating love and happiness. I also wanted to use my lawyer-bred skills of management, communication, and passionate advocacy. Knowing my values was a major factor in deciding to take the plunge when I came up with the idea of creating Lorals.

My Tourette’s was another part of the picture, in terms of what inspired me to commit to leaving my job and create Lorals. Tourette Syndrome is a neurological disorder characterized by repetitive, involuntary movements and vocalizations called tics. I’ve had it for 20 years, and it started as little squeals a couple times a day. But over the first decade the tics became louder, and sounded like yells and grunts, dozens of times a day. My tics also worsened dramatically when I was stressed or, notably, excited about something.

Basically, after I got the idea for creating Lorals, the tics became extreme—about 60 times a day, often startling me and my office neighbors. Every time I’d try to focus on the computer screen, another tic would take over my body and reverberate within my skull. If I weren’t blessed with this disorder, I probably would have been able to suppress my entrepreneurial desire for years, maybe even my whole life. But during those few months, it couldn’t be ignored. My Tourette’s was literally yelling at me to GO FOR IT.

I had saved up my money as an attorney at that point, and decided it was now or never. So in 2018, after consulting with many more women and people with vulvas, sex experts, and sexual health specialists, I quit my law job and took my knowledge and desire (no pun intended) to invent a patented sex tech product called Lorals— single-use natural latex panties that help people across the world have more frequent, and more pleasurable, oral sex. I was all in.

You’re a solo-founder. Have you ever considered adding a co-founder?

When I started on this journey, finding the right co-founder wasn’t critical as figuring out the rest of the pieces of the puzzle—for example, finding the right manufacturers who would be able to help me take this product idea and make it the best possible version of itself. What helps is that I’ve had a great team of advisors, employees, investors and all-around brilliant minds surrounding me. As an entrepreneur, that has been critical.

The biggest obstacle has been getting people to comfortably talk about oral sex. Our non-sextech-industry contacts have sometimes expressed feeling awkward about introducing a sexual wellness company to potential stakeholders; our customers sometimes feel uncomfortable posting online about the product. There’s a lot of stigma associated with sex—particularly oral sex, and particularly oral sex for the benefit of women, transgender, and non-binary people. One of our major goals is to make these discussions commonplace! Sex (including oral sex) is a fun and healthy part of life, and it doesn’t deserve the stigma it receives. Thankfully, this does seem to be changing, and there seems to have been a ‘renaissance’ in the past few years in terms of sex-positivity in the media and popular culture.

Here’s one: don’t let imposter syndrome get to you. Every single first-time entrepreneur, by definition, has never done this before. Get used to figuring things out for yourself and asking for help when you need it, and have confidence that you will soon become the person who knows the most about this one particular thing – your baby, your business. 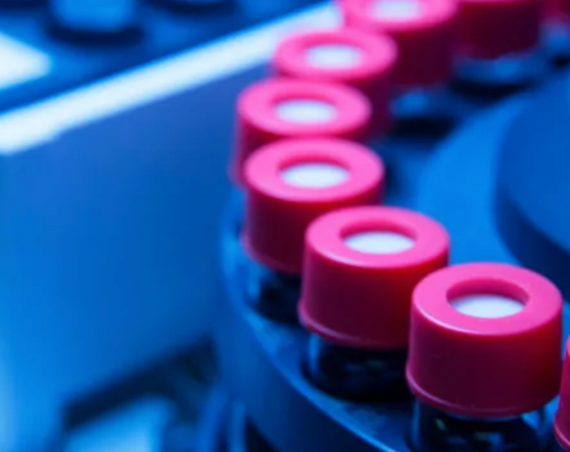 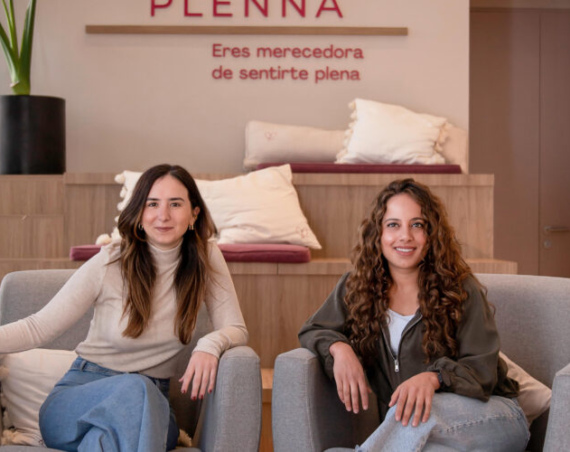