After receiving numerous questions from single dads about how to talk to their daughters about menstruation, INTIMINA, a brand dedicated to caring for women’s intimate health and breaking taboos, conducted a survey of 1.258 dads in the US, UK, France, Italy and Spain with daughters between the ages of 10 and 15 last July. The goal of the survey was to determine how much dads know about the menstrual cycle and how comfortable they are talking to their daughters about it.

But not all dads are comfortable having the period talk. The survey shows that a large percentage of dads feel that the menstrual cycle is an awkward topic to discuss with their daughter: 63% in the US, 57% in the UK, 44% in France, 38% in Spain and 34% in Italy.

Menstruation is a sensitive topic for both dads and daughters. As teenage girls go through various hormonal and physical changes, starting these conversations might seem everything but easy. When asked who is more likely to bring up the conversation around menstrual cycles, 43% of dads said it would be them, 39% said it would be their daughter and 17% said that neither of them is likely to bring this up.

Most dads surveyed feel comfortable talking to their daughter about menstruation (64%). However, still, 14% feel uncomfortable and explain why: 53% find the conversation awkward, 39% find the conversation sensitive, 34% worry their daughter will ask a question they don’t know the answer to, 32% worry they will say the wrong thing, 32% do not know enough about the subject and 21% can’t relate.

When asked where they would go to get more information and learn about the menstrual cycle, most of the surveyed dads in each country said they would ask another female family member: 64% in the US, 61% in the UK, 55% in Italy, 52% in Spain and 40% in France. Other dads would look for information in educational articles (34%), ask their female friends (31%), read educational books (27%), watch educational YouTube videos (26%) or scroll through educational social media accounts (17%). A smaller, 7% would ask their male friends or male family members.

The times are changing. INTIMINA’s survey shows that menstruation is becoming less taboo. It is encouraging that most dads and single dads understand they need to know facts about the menstrual cycle to show support for their growing daughters. 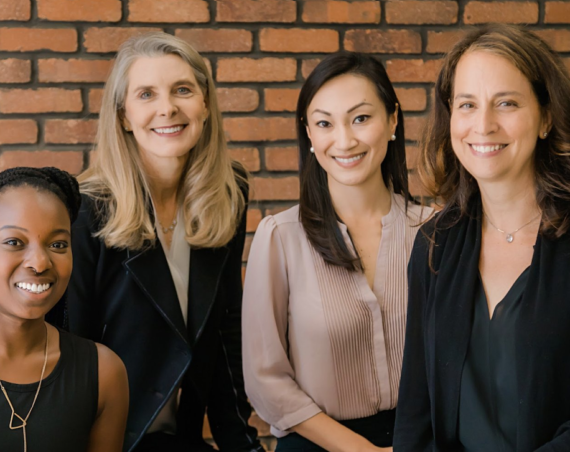 RH Capital Raises over $40M to Tackle Reproductive and Maternal Health Equity in the U.S.