Around 10 years ago I wrote my thesis on the diffusion of innovation in tech and ended up with a lot of questions. Social Media was new back then and everyone was excited about the new possibilities of the Web 2.0 era. Yes, “new” is almost always exciting, but even back then I couldn’t help and wonder, whether “new” was really always better, always good even? Could innovation backfire? Would hype be followed by disillusionment? Only time would tell.

Fast-forward to 2019 and I realize, that the questions I had back then are as valid as ever today. And just like with any other technology, we need to make sure we understand the impact of femtech products and services on individuals and society. Do femtech products live up to our expectations? Are they secure? Medically sound? Safe? Effective? Useful?

While reseraching for this blog, I was excited to come across Amanda Menking and after having a look at her recent study “Defining Menstrual Literacy With the Aim of Evaluating Mobile Menstrual Tracking Applications”, I reached out to her, hoping she could share some insights.

Amanda just recently joined the Institute for Gender and the Economy (GATE) at the University of Toronto as a postdoctoral fellow funded by the Women’s Entrepreneurship Knowledge Hub (WEKH). Her research interest is in social computing, femtech and information technology overall. She was kind enough to take the time and speak to me about her recent study and answered some of my questions about the role of social science in tech and what it means to building inclusive, safe consumer health technology.

Social science has long been neglected by tech and it is often argued, that we see the effects now (e.g. Facebook’s influence on politics). Just because we can build something doesn’t mean, that we should. So overall is it fair to argue, that there is a lack of research of the impact technology has on society? Is this where you come in?

Great question. In fact, there’s a substantial amount of research about the impacts that all kinds of technologies have on societies. So, for starters, there’s the field of Science and Technology Studies, which is often referred to as STS. One of my favorite STS books on the subject of what we could broadly describe as early “femtech”–as contested and as problematic as the term may be–is by Michelle Murphy. It’s called Seizing the Means of Reproduction: Entanglements of Feminism, Health, and Technoscience, and Murphy’s use of the word of “entanglements” is both intentional and important as she considers the ways in which technologies–from feminist protocols developed during the Women’s Health movement in the United States to the speculum–shape and are shaped by political moves in the areas of population control to “second wave” feminism to neoliberalism.

There’s also the field of Human Computer Interaction, which is often referred to as HCI. While some HCI researchers focus on more narrowly scoped human-computer interactions–like precision touch screens–or how to make systems more efficient–others focus on the broader social implications of technologies and how people experience and create meaning around tech. Shaowen Bardzell, an HCI researcher at Indiana University, has done a lot of work about feminism, women’s health, sexuality, and HCI. Madeline Balaam and Teresa Almeida at KTH Royal Institute of Technology and Catherine D’Ignazio at MIT have also been doing some interesting work in the space of women and tech recently.

So, there’s a lot of research about the impacts of technology on society, specifically related to the field of women’s health!

You recently co-authored a study, that defined menstrual literacy and evaluated different menstrual tracking apps based on their effectiveness in helping the user achieve it. Can you describe your study and briefly summarize the results? How did you come up with the idea for this research in the first place? What was the motivation?

Sure, we decided to look at popular online sources that people might turn to for information about menstruation and categorize the kinds of information presented on these sites. First, we found that there wasn’t a definition for or description of menstrual literacy. Second, we found that most sites emphasized information about physical and emotional symptoms of menstruation, normalization around and self-knowledge about menstruation, medical interventions around menstruation, factors affecting the menstrual cycle, and self-management strategies for menstruation symptoms. Third, when we used these categories to assess 17 mobile period apps, we found there was a lack of support for several groups of menstruators, including first-time and perimenopausal and menopausal menstratutors. We were motivated to do this work because of our own experiences with menstrual tracking apps, and our combined backgrounds (e.g., nursing, human-centered design, health informatics, and information science). Our study is available here for those who are interested, by the way!

In this study you also reference other studies with a similar scope, that have produced similar results. Why do you think the problem still persists? Based on your impression, are developers actively working on improvements? Are they aware of the problems described in your study?

I think this comes down to who’s in the room. We know there are issues in tech with regard to representation. Caroline Criado-Perez’s recent book Invisible Women: Exposing Data Bias in a World Designed for Men goes into great deal about how technologies and systems continue to be designed in a way that simply discounts- or leaves out -women.

I don’t know if developers are actively working on improvements. I certainly hope they are. I think some developers and designers -particularly those who are at “femtech” companies -are considering these issues.

Summarizing your paper I understood, that your main criticism of the various apps is the “one size fits all approach”, that fails to address menstrual changes. Recently, however, femtech got some bad press, which causes concern with regards to data security. Customization vs privacy is a balancing act. For users and developers alike. What are your recommendations for making more effective apps, that respect user data?

That’s a great question. Coming from an iSchool, I’m used to hearing (and saying), “If you’re not paying, you’re the product.” There’s a business case here: unless a menstrual tracking app is designed by a non-profit, the company that’s designed it has to bring in revenue to support the creation, implementation, and maintenance of the app, including maintaining the security of the data the app collects. Granted, in the case of the former, your data may still be used for research purposes, but hopefully it’s properly anonymized and you’re given the opportunity to provide informed consent. Companies that design apps so that they can use and sell the data–because that’s their primary revenue stream for maintaining the app–should be transparent about that fact. Tactical Tech, an NGO, has done some great work in this space.

One recommendation for making more effective apps is to do the research. Take, for example, Phendo, an app for tracking endometriosis, by Citizen Endo, which is a research project at Columbia University designed to study and understand endometriosis. Sometimes in-depth research isn’t prioritized in industry because it’s time-intensive and expensive, but it’s essential. And this is also a good case for partnerships between academia and industry.

Are you aware of any apps addressing specific user’s needs (trans*, menopausal, new menstruator, etc.)? Do you think there is an underserved niche in the market?

During our research, we certainly found a few that were designed to meet specific users’ needs, and we mention those in the paper–anonymized because we didn’t want to endorse any particular app. But, overall, I would say this is definitely an underserved niche in the market, and I think recent press pieces particularly about perimenopausal and menopausal menstruators have highlighted this niche too.

Have you shared or discussed your research with companies or developers? If so, what was their reaction?

Not yet, though we plan to write a Medium post soon and would be happy to discuss!

Together with other researchers you run the @periodpacket instagram account and organize period packet craft nights. Can you tell us more about this project and the intention behind it?

Sure, our Period Packet project came out of our research about online information about menstruation and menstrual tracking apps. We wanted to know what menstruators care about and how they make sense of their periods. We held a workshop and then two craft nights in two different cities on the West Coast. We also disseminated our packets physically and digitally. Our goal was really to center people and their experiences in our data collection. What do they want to know? How do they currently think about their periods? We found that participants really want the technologies they use to allow for more modularity–versus reliance on predictive models–and dimensionality–rather than binary metrics. This article will be published early next year, and we’ll be sharing more about our findings shortly thereafter.

What are you working on right now? What’s next for you?

I’m currently a postdoc researcher at the Institute for Gender and the Economy (GATE) at the University of Toronto. As a part of my role there, I’m researching femtech entrepreneurs. So, if you’re a femtech entrepreneur reading this, I’d love to chat!

Awesome! Thank you for your time and sharing so many insights! We’re excited to read more from you and your colleagues! 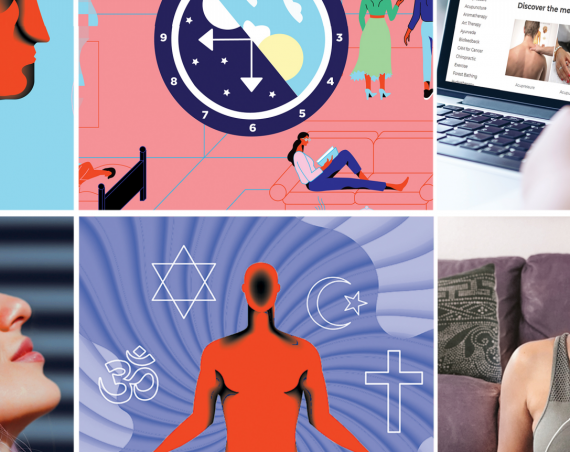 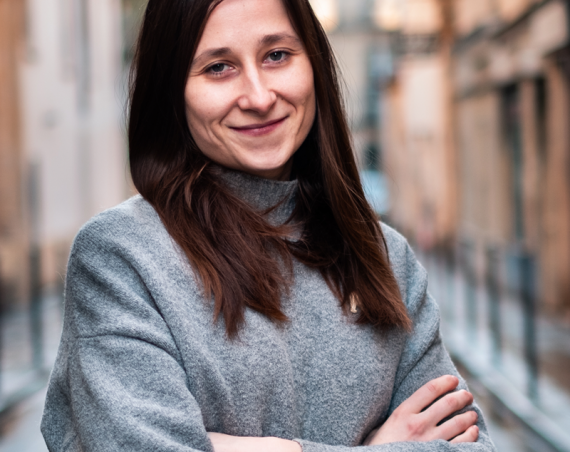 Marta Mrozowicz: “It’s funny how women at the height of their purchasing power are overlooked as consumers.”