This article was originally published on Medium. We are sharing it here with permission of the author. You can access the original article here.

From period trackers to sexual health apps, pregnancy monitors to menopause health platforms, FemTech is making breakthroughs in providing the latest developments in female and women’s health. FemTech is an abbreviation for female technology and refers to “electronic devices, software, or other technology relating to women’s health” as defined in the Cambridge Dictionary. There’s no surprise that there’s a huge demand for FemTech, as the Frost & Sullivan 2018 report claims, FemTech is the “next big phenomenon, with 50% of the global population as target customers and a market potential of $50 billion by 2025.”

“FemTech” as an afterthought

There is incredible potential in the FemTech industry but many, initially myself included, remain apprehensive of the use of the term itself. Despite “FemTech” being one of the top 10 words of 2019 as reported by The Guardian, some argue that it’s an unnecessary and dividing term that contributes to the very problems it’s trying to solve. An article titled “FemTech” is not and should not be a thing by Olivia Goldhill was released earlier this year on the online global news outlet Quartz and emphasized this point:

“Though the word “FemTech,” may have served the valiant role of protecting some men from talking about periods, taking a narrow group of products and labeling them “female” has unfortunate consequences. This designation effectively implies that half the population is a niche sub-category with a series of body-specific needs. Where, after all, is the talk of “MenTech”?

Goldhill highlights that products made specifically ‘for women’ have traditionally received the ‘pink tax’ — that is they have been given higher price points due to more stereotypically ‘feminine’ features and often pink coloring while the mainstream products are marketed at a lower and often more affordable price. This disdain for products marketed in this way has been recently studied by Harvard Business School, and showed that women are less likely to purchase items that possess these features and states

“gender labels threaten women more than men because women have long been marginalized by negative stereotypes, so they’re more sensitive to marketing that tries to put them in a box.”

In other words, those that dislike the term, FemTech, believe it is the wrong term because it designates female and women as “The Other” while male and men remain the constant. It is not the norm to find technology that has been consciously developed to suit female-centric needs and by labeling new tech as FemTech, we are contributing to our own demise as the afterthought.

I share this apprehension towards products over-stereotyping female preferences and it definitely affects my purchasing habits. But in my opinion, FemTech is something different.

Why we still need the FemTech Label

It’s understandable why many people would like to use a different term to avoid being boxed in, or would rather group FemTech in with the rest of mainstream technology as a whole. It’s the notion of If we want this tech to be the norm, why don’t we just act as if it is? However, I can’t completely follow their lead because the argument doesn’t fully capture the gravity of why utilizing the term is so necessary at this stage in history.

I do recognize the divisions FemTech can make. It does draw the line between male and female while failing to acknowledge non-binary individuals. However, the division is not there to exclude, rather it is needed to show a distinctive category that the tech world has been leaving behind: Women’s health. Its intention isn’t designed to dismiss other individuals on the gender and sex spectrums nor should the term imply it’s only important or useful for those who identify as women or females. The emphasis is needed because without making the distinction clear, I’m not convinced women’s health will continue to be a priority in tech, as historically it hasn’t been a priority for any industry.

With all socio-political movements, we can’t just jump to the end where we are all equal, as much as we would like to. Gender equality will involve persistent and gruesomely slow, incremental change in all industries for it to become normalized. Right now, as we continue the sluggish progression to equality, we need to loudly and proudly claim what this new tech is doing for those it serves. The aim is not to exclude, but merely highlight one area that needs attention and support. We saw this with #metoo, women’s marches, #BlackLivesMatter, and Pride Parades, but why is it too much for FemTech? Why are we afraid to claim our way to mainstream technology?

For instance, the concept of feminism as an idea (without labeling all FemTech as feminist if they don’t wish to be) is that when, as a society, we have succeeded in our mission for gender quality, feminism will become obsolete and we will no longer need the term or the activism. However, we can’t immediately jump to that point in history without stirring up a fuss and emphasizing why equality is important. Similarly, with FemTech, we need to advocate for women’s health, as it’s own distinct category for it to be fully understood and respected with dedicated and allocated time, research, and funds to support it.

We’re not going to be able to quietly and inconspicuously arrive at gender equality without the parade. Why would the status quo change if there were no societal pressures to do so? Long-lasting change doesn’t develop in silence without anyone knowing. However, with our activism for change, we can ensure that in the future FemTech, just as much as feminism, will become an obsolete word. It’s difficult for me to say what the signifier will be for no longer needing the term, but all I can conclude is FemTech is far too new and we are not yet there to claim the term unnecessary.

We want change, so what now?

Using the term FemTech doesn’t mean we should rock the boat without forming solutions. Sometimes the modern movements get stuck in this phase, the ‘angry phase’, and although it is a very much needed and valid emotion that expects and drives change, I don’t want that anger to make individuals feel hopeless, I want the anger to fuel creativity and problem solving for the future we would like to see. What’s worth acknowledging is that FemTech by definition is creating these solutions. It’s the very concept of the pink tax that many FemTech companies such as Caia, Clue, and gennev were established in order to create more affordable alternatives for monitoring women’s health. FemTech founders are filling the gap in tech for women’s health by pushing forward despite the odds and resistance against them.

Even so, there are many cases where FemTech companies are fearful of not being funded if they claim their focus is on women’s health but proven by FemTech companies such as Inne, Bloomlife, and Cora, investors are seeing the real opportunity women’s health tech holds. Furthermore, conceding to the status quo in order to get funding doesn’t make the shift towards gender equality that we’re after, it’s playing it safe to fit into the mainstream, male-centric sphere that already exists. There are many concerns for using the word FemTech, but ultimately we can help shape how it’s used and defined. We should be asking, ‘how could we get those in power and who hold the funding to see that their ally-ship is worthwhile? That FemTech can progress society forward as a whole?

The answer is simple, we explain how in the short term, FemTech creates solutions for complex problems in women’s health, but in the long term, we can champion for a society that will reap the rewards of having healthier women. FemTech should not be seen as a controversial term because through its advancements, we can contribute to the increased health of a very large part of the population and ultimately ensure future generations will also be healthier. What Goldhill got wrong is that FemTech is not shifting focus to a subcategory. But rather it is highlighting healthcare for 50% of the population that should have always been a major category. And now, with FemTech we’re ensuring women get the healthcare options they deserve.

Megan Capriccio is FemTech Collective’s Sydney Ambassador and besides supporting the local ecosystem, she connects founders and funders throughout APAC. She is an entrepreneur, product manager, and business strategy analyst. Megan has a passion for creating, building, and growing companies that support and empower women in a variety of industries. She is the Co-Founder and CPO of Vikera Tequila, an ultra-premium tequila that celebrates women in wine and spirits and a Product Manager at a Sydney-based startup, XpertFinder. 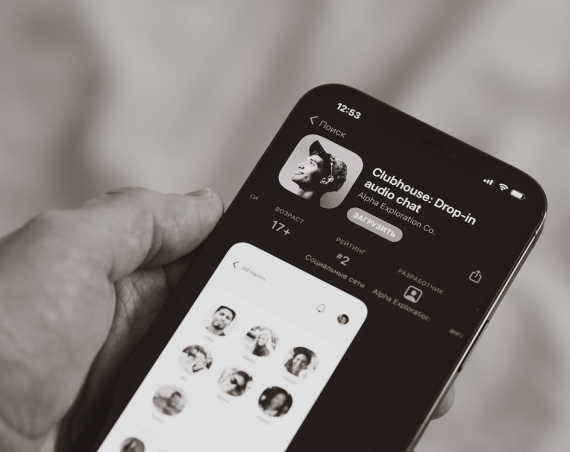 Women’s Health Wednesday: Why Femtech Innovators Are Flocking to Clubhouse on Wednesdays 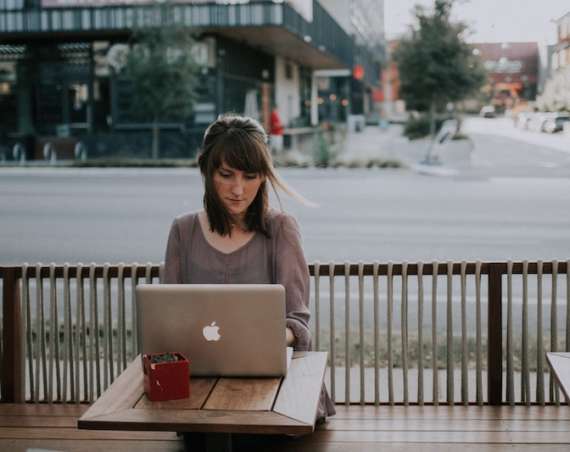 Should Femtech Be a Thing? 4 Femtech Founders Weigh In.