Evofem has recently announced publication of the pivotal manuscript from the AMPREVENCE clinical trial in the highly respected American Journal of Obstetrics and Gynecology (AJOG). This double-blinded, placebo-controlled, multicenter study of EVO100 met its primary and secondary efficacy endpoints with statistically  significant reductions in the risk of chlamydia and gonorrhea infections in women at high risk of infection.

“We believe publication of this important manuscript in such a prestigious peer-reviewed journal further validates these impressive AMPREVENCE trial outcomes and brings us one step closer to being able to provide a woman-controlled, discreet option for prevention of chlamydia and gonorrhea,” said Brandi Howard, Ph.D., Evofem Biosciences’ Head of Medical Affairs. “Women deserve to have this significant unmet need addressed. Evofem’s dedication to bringing EVO100 to market as quickly and safely as possible underscores our commitment to serving women.”

Chlamydia and gonorrhea are the most commonly reported sexually transmitted infections in the U.S.  Reported incidence in 2018 increased for the fifth consecutive year, despite the availability of condoms for STI prevention.  Currently, there are no FDA-approved prescription products to prevent infection with either of these pathogens. 78 million women are potentially at risk of contracting sexually transmitted infections (STIs).

“My patients are encouraged by the possibility of finally having an option to prevent STIs without having to rely on their partner or sacrifice sexual pleasure. The positive results from the AMPREVENCE trial help to advance reproductive health and serve as the foundation for the current EVOGUARD trial,” said B. Todd Chappell, M.D., FACOG, lead author and an obstetrician/gynecologist practicing at Adams Patterson Gynecology & Obstetrics in Memphis, Tennessee.

Building on the AMPREVENCE results, Evofem is currently enrolling EVOGUARD, its pivotal Phase 3 clinical trial of EVO100 for prevention of chlamydia and gonorrhea in women. The trial is on track to complete enrollment of the 1,730-subject cohort in 2021. Evofem expects to report top-line data in mid-2022. Positive EVOGUARD outcomes would support submission of a New Drug Application to the U.S. Food and Drug Administration for these potential indications by the end of 2022.

The in-press accepted manuscript, entitled EVO100 Prevents Chlamydia and Gonorrhea in Women at High-Risk for Infection, is available online at here. The final manuscript is expected to publish in an upcoming edition of AJOG.

AMPREVENCE was conducted over approximately 16 weeks in women age 18 to 45 years who were at risk of urogenital chlamydia and gonorrhea infection. Enrolled women had been diagnosed and treated for chlamydia or gonorrhea ≤16 weeks prior to enrollment. The 860 enrolled women were randomized 1:1 to receive EVO100 (n=426) or placebo vaginal gel (n=434), and were instructed to apply the study drug immediately prior or up to one hour prior to each act of vaginal sexual intercourse. The primary and secondary endpoints were the prevention of urogenital chlamydia and gonorrhea, respectively.

Exploratory outcomes included women’s overall satisfaction with EVO100. A majority (88%) of EVO100 users were satisfied or very satisfied with EVO100 after 16 weeks of use. 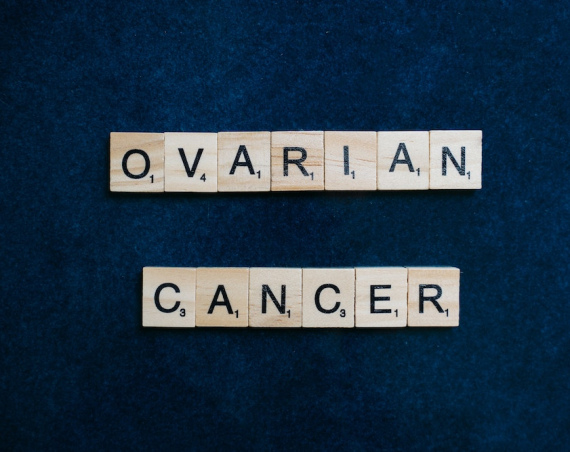 AOA Dx Adds $4.5M in Seed Funding to Develop the Next Generation of Its Ovarian Cancer Detection Technology